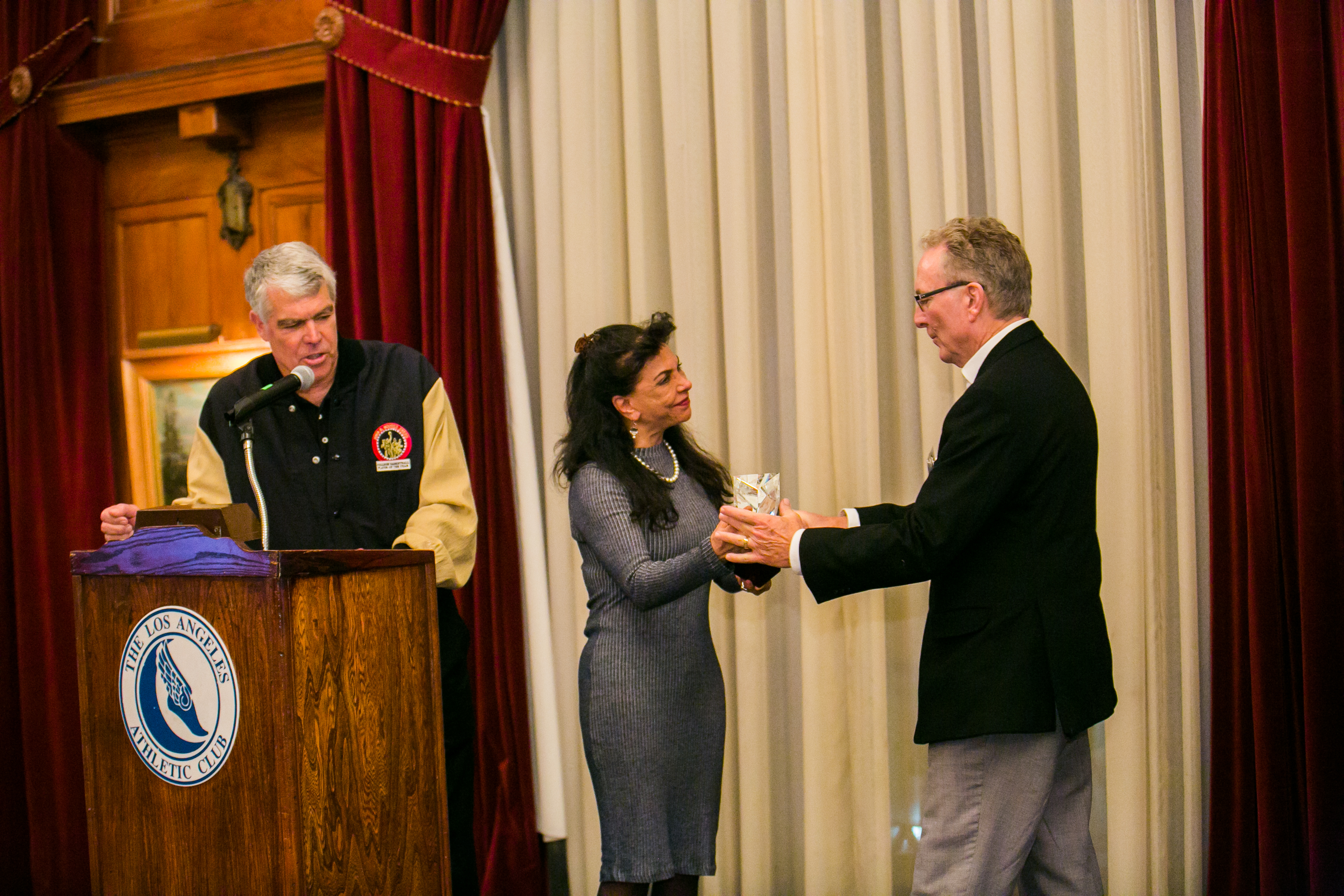 Adopted in 2017, following the passing of Wooden Award Board Member and then Co-National Chairman of the John R. Wooden Award steering committee, The Tommy Hawkins Game-Changer Award recognizes a sports organization leader that uses their platform to create a positive experience in sports and community engagement.

Mr. Shumard’s commitment to people in southern California, who are active in Special Olympics, has been exemplary.  Bill began serving SOSC nearly 20 years ago as a board member and advanced to President of SOSC, serving the last 14 years as its chief executive.  In this time thousands of people and their families have lived a better life because of Bill’s passion to make life better for participants & their families as well as those who volunteer for the nonprofit organization in southern California.

The Wooden Award has had a long-standing relationship with SOSC hosting an annual basketball tournament. The Wooden Award/SCOC one-day tournament features participations of Wooden Award All American’s and their coaches assisting SCOC teams selected to play in the event on the Wooden Award Court at the Los Angeles Athletic Club (LAAC).  The Wooden Award committee has witnessed the great impact Mr. Shumard has had on the lives of people in our community.  Tommy Hawkins also had a great passion for making life better for young people and those whom would benefit from a Special Olympics experience.  Bill, in the opinion of the Wooden Award committee changed the landscape of SOSC with his engagement with the board, employees, volunteers, donors and all he offered his servant leadership.

The Tommy Hawkins Game-Changer Award was presented on Thursday April 5, at the Los  Angeles Athletic Club during the annual “Dukes Dinner” - a coming-together of the 2018 Wooden Award women’s and men’s All American basketball team members, their collegiate coaches and a small gathering of the most important people to the success of the JRWA program.  The JRWA committee believes that sharing what is good in America in Game-Changers sends a powerful message to the young women and men being honored as Wooden Award All-Americans emphasizing pillars of character and community service tied to sports.