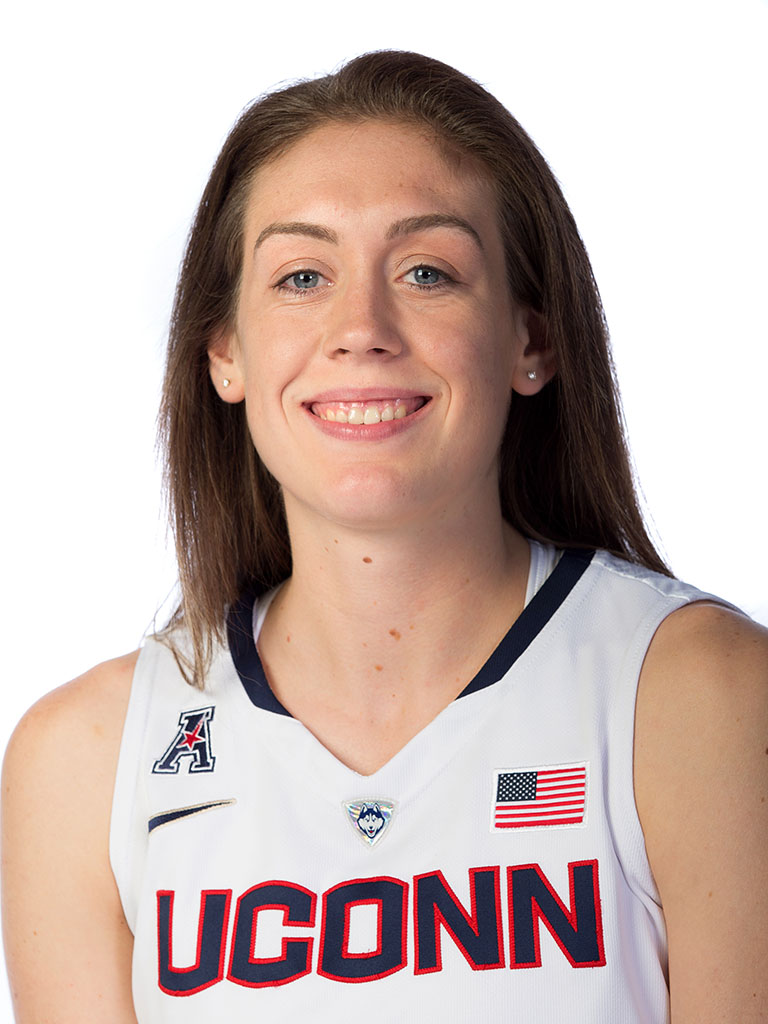 The only player in history to be honored as the Final Four Most Outstanding Player three times, Stewart has earned the honor in each of her first three years at UConn … Diana Taurasi (2) is the only Husky to win the prestigious honor multiple times ... Selected as the National Player of the Year by the Associated Press, the Atlanta Tip-Off Club (Naismith Trophy) and the United States Basketball Writers Association in each of the last two seasons and earned National Player of the Year accolades from the WBCA (Wade Trophy) and the L.A. Athletic Club (John R. Wooden Award) during her junior season … Enters her senior year in 11th place on UConn’s all-time scoring list with 1,960 career points, only 30 points behind Renee Montgomery’s 10th-place total … Earned American Athletic Conference Player of the Year honors for the second-straight year in 2014-15, marking the fifth time a Husky has been selected as the conference player of the year multiple times … Earned 2014 American Conference Tournament Most Outstanding honors, marking the 19th time a Husky has been so honored ... Established a new single-season school record with 147 free throws made during her sophomore year ... Only the third UConn freshman, along with Maya Moore in 2008 and Diana Taurasi in 2001, to be selected as the NCAA Regional Most Outstanding Player. Also joins Diana Taurasi (2003 and 2004) and Maya Moore (2010) as the only Huskies to be selected as the NCAA Regional and Final Four Most Outstanding Player in the same season ... Scored 169 points in her first 10 games to establish a new UConn record for most points scored by a player in her first 10 games ... A member of the 2012-13 All-Freshman and 2013 All-BIG EAST Tournament teams while also garnering All-BIG EAST Honorable Mention accolades ... Her 497 points during her freshman year are the fourth-most ever scored by a UConn freshman and her 74 blocks are third all-time amongst Husky freshman ... Enters 2014-15 in fifth place on UConn’s all-time blocked shots list with 288 career rejections and finished the season with 856 career rebounds, which is the 10th-highest total in UConn history.