LOS ANGELES, Calif. (November 14, 2017) – The John R. Wooden Award® presented by Wendy’s® announced the Women’s Preseason Top 30 on ESPN’s SportsCenter and ESPNW. The list is comprised of 30 student-athletes who are the early front-runners for college basketball’s most prestigious honor. The list is chosen by a preseason poll of national women’s college basketball media members. 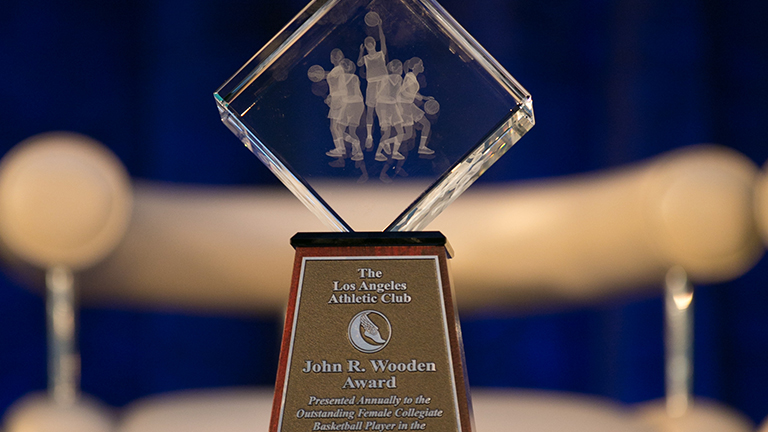 Seven conferences are represented on the Wooden Award Preseason Top 30 list. The ACC, Pac-12, and SEC each have six selections, followed by The American (5), Big 12 (4), Big Ten (2), and Big East (1). Of the student-athletes selected for the Preseason Top 30 list, 28 of the 30 are upperclassmen, including 19 seniors. Similar to the 2016 Preseason Top 30, no freshman made the list.

The players on the list are considered strong candidates for the 2018 John R. Wooden Award Women’s Player of the Year presented by Wendy’s. Players not chosen to the preseason list are eligible for the Wooden Award midseason list, late season list and the National Ballot. The National Ballot consists of 15 top players who have proven to their universities that they are also making progress toward graduation and maintaining at least a cumulative 2.0 GPA. Voting will open prior to the start of the NCAA Tournament and will allow voters to take into consideration performance during early round games. The Wooden Award All-American Team will be announced the week of the “Elite Eight” round of the NCAA Tournament. The winner of the 2018 John R. Wooden Award will be presented during the ESPN College Basketball Awards presented by Wendy’s on Friday, April 6, 2018.