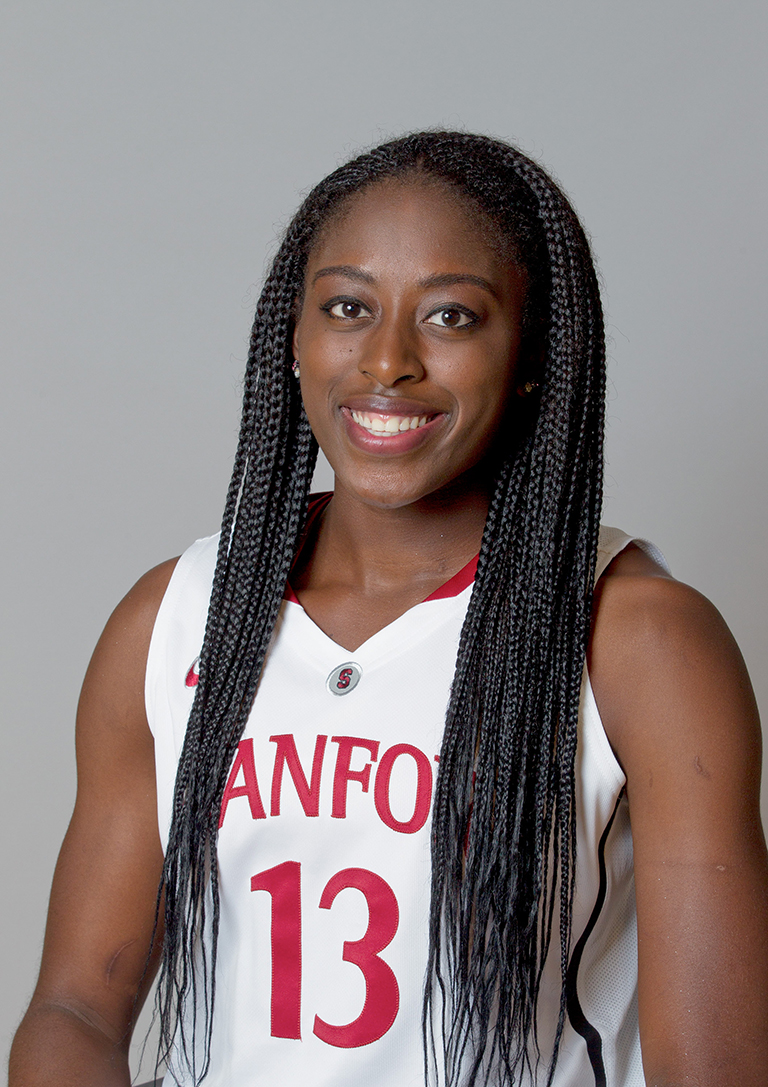 The recipient of the 2014 John R. Wooden award presented to the national player of the year, Chiney Ogwumike ended her four-year Stanford career as the Pac-12’s all-time leading scorer (2,737 points) and rebounder (1,567), and set the conference record for points scored in a season with 967 in a historic senior campaign.

In the classroom, Ogwumike achieved a cumulative grade-point average of 3.47 while earning her bachelor's degree in international relations. At the conclusion of her senior season she was named the 2014 Capital One Academic All-American of the Year and earned her second straight selection to the Capital One Academic All-America Team. She was also named the Pac-12 Women's Basketball Scholar-Athlete of the Year and was chosen as the Pac-12 Woman of the Year.

Ogwumike was also an active participant in numerous community service projects, both local and abroad. Locally, she worked with the Stanford women's basketball teams at local food banks and during the spring of 2013 she traveled abroad to Nigeria for a mission that was two-fold. While interning with the Nigerian Ministry of Petroleum as part of her academic curriculum, she found time to work with the charity "Access 2 Success" to help raise funds with the goal of building a brand-new basketball court for the local youth.

In April 2014, Ogwumike joined her older sister Nneka (2012, Los Angeles Sparks) as Stanford's second No. 1 overall selection in the WNBA Draft, being taken by the Connecticut Sun. The honor made the Ogwumikes the second set of siblings to be taken first overall in a major American sports draft, joining the Mannings, Peyton (1998, Indianapolis Colts, NFL) and Eli (2004, San Diego Chargers, NFL).