The 2018-19 college basketball season culminated with the College Basketball Awards presented by Wendy’s tonight in Los Angeles, where top coaches and players gathered for one more momentous evening. The 90-minute show, hosted by Maria Taylor with Chiney Ogwumike and Jay Williams from The Novo by Microsoft, saw the nation’s top players recognized for their season-long achievements. 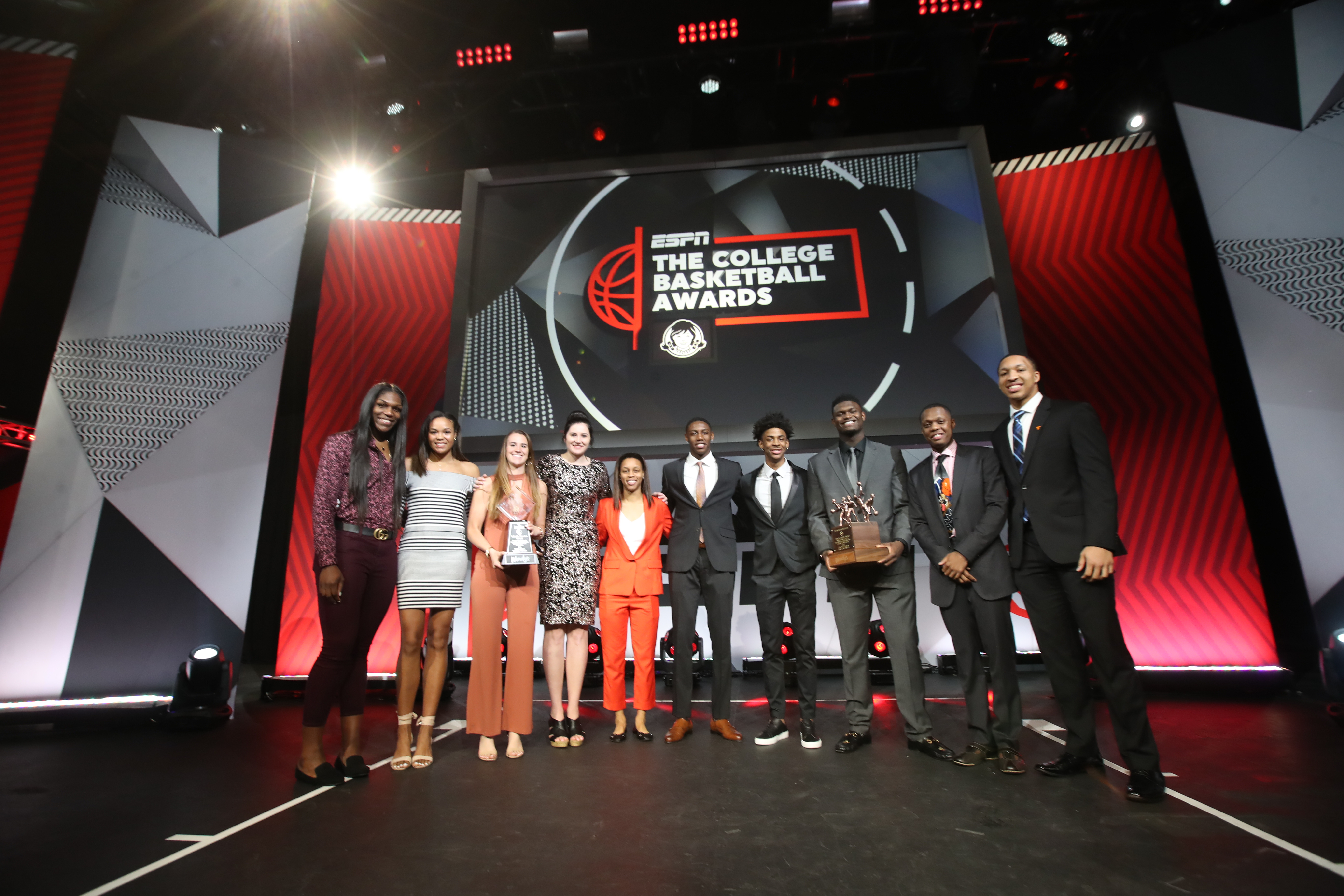