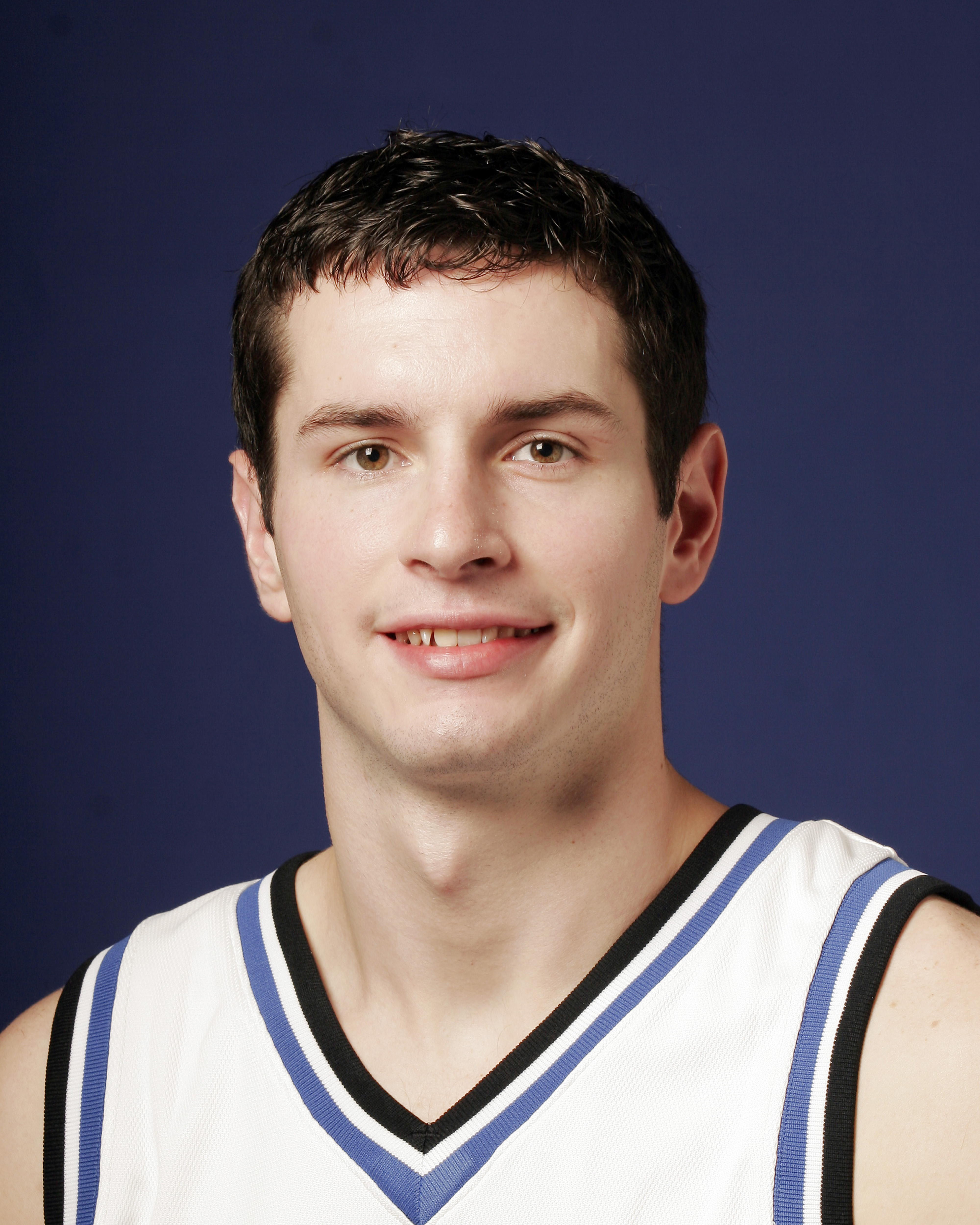 J.J. Redick entered Duke as a McDonald’s All-America and with a reputation as one of the best pure shooters in the game. He closed his career as the leading scorer in ACC history with 2,769 career points (16th in NCAA history) and the NCAA record holder with 457 three-point field goals made. Redick, a two-time National and ACC Player of the Year, also finished his career ranked second among the NCAA’s all-time leaders in free throw percentage (.912). During his freshman campaign, Redick averaged 15.0 points per game en route to third team All-ACC honors. He claimed third team All-America honors and led Duke to a 31-6 record and a trip to the 2004 Final Four by averaging 15.9 points as a sophomore. Redick shot an ACC-best 95.3 percent (143-of-150) from the free throw line, including a conference-record 54 consecutive made free throws. Redick took his game to new heights in 2004-05, averaging an ACC-best 21.8 points while earning unanimous first team All-America and ACC Player of the Year accolades. Redick also claimed the 2005 Rupp Award after reaching double-figures in scoring 31 times, including 21 games with 20 or more points. As a senior, Redick recorded the most prolific scoring season in school history and became the second Duke player and only the eighth overall in college basketball history to repeat as National Player of the Year. He also repeated as a first team All-America (unanimous selection) and as the ACC Player of the Year. The Roanoke, Va., native led the ACC and finished second in the NCAA in scoring at 26.8 points per game, while shooting 47.0 percent (302-of-643) from the field and 42.1 percent (139-of-330) from three-point range. He scored in double-figures in all 36 games, including 28 games with 20+ points, 14 games with 30+ points and three 40+ point games. Redick also claimed the James E. Sullivan Award as the nation’s top amateur athlete following his senior campaign. Selected 11th overall in the 2006 NBA Draft by the Orlando Magic, Redick has spent nine years in the NBA, including his final two years with the Los Angeles Clippers. A starter in 113 of his 114 games played in a Clippers’ uniform, Redick has averaged 15.9 points per contest for Los Angeles.