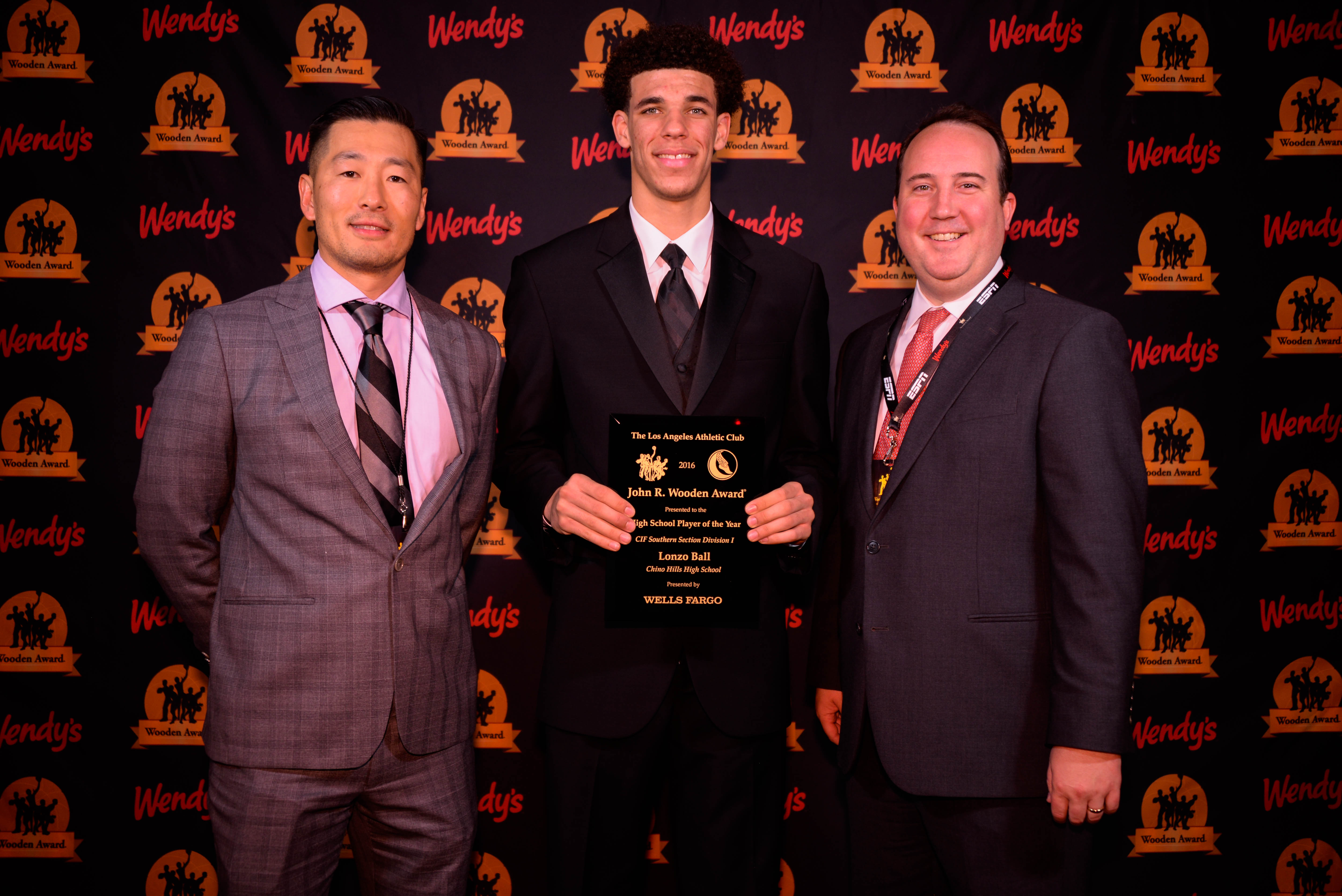 All players will be presented with their awards in conjunction with the April 8 ESPN College Basketball Awards Show presented by Wendy’s, held at The Novo by Microsoft at LA Live. This year marks the 40th anniversary of the Wooden Award, and the high school winners will be honored along with the men’s and women’s Wooden All American teams and the Legends of Coaching honoree, Tubby Smith of Texas Tech University.

Fisher, a San Jose State signee, was the MVP of the Western League and led Westchester to the CIF Los Angeles City Section Open Division title. Ball, a UCLA signee, is currently helming the Number 1 team in the country, while averaging 24 points, 11 assists and 12 rebounds. Ayala, behind Edgar, won their first CIF basketball championship; he averaged 23 points and 11 rebounds in his senior campaign. Melton, a USC signee, averaged 19.9 points, 4.3 assists, and 9.1 rebounds for Crespi.

Created in 1976, the John R. Wooden Award is the most prestigious individual honor in college basketball. It is bestowed upon the nation’s best player at an institution of higher education who has proven to his or her university that he or she is making progress toward graduation and maintaining a minimum cumulative 2.0 GPA. Previous winners include such notables as Larry Bird (’79), Michael Jordan (’84), Tim Duncan (’97), Candace Parker (’07 and ’08), Kevin Durant (’07) and Maya Moore of Connecticut (’09 and ‘11). Frank Kaminsky of Wisconsin won the 2015 Wooden Award presented by Wendy’s.

Since its inception, the John R. Wooden Award has contributed close to a million dollars to universities’ general scholarship fund in the names of the All-American recipients. The Award has also sent more than 1,000 underprivileged children to week-long college basketball camps in the Award’s name. Additionally, the John R. Wooden Award partners with Special Olympics Southern California each year to host the Wooden Award Special Olympics Southern California Basketball Tournament. The day-long tournament, which brings together Special Olympic athletes and the All Americans, takes place at The Los Angeles Athletic Club the weekend of April 7-9.

Follow the candidates and get the latest news throughout the season by logging on to www.WoodenAward.com, following us on Twitter & Instagram (@WoodenAward), or going to the Wooden Award Facebook page at http://www.facebook.com/WoodenAward. For more information on the John R. Wooden Award, please contact the Wooden Award staff at 213-630-5231 or via email at woodenaward@laac.net.